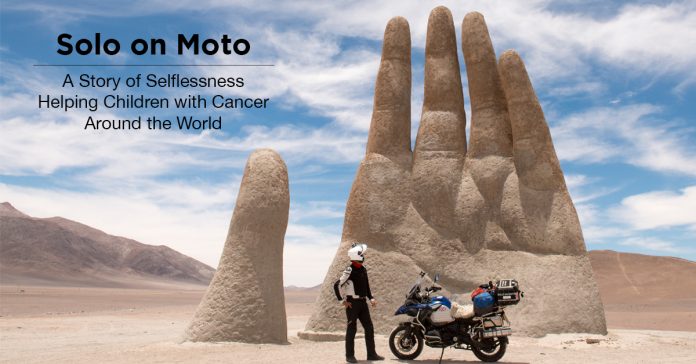 When Eli Coory contacted us and told us about Solo on Moto, the story behind it all, the noble cause he spent 5 years documenting for his film after meeting an 8-year old kid with cancer, we knew straightaway we had to share and show this film to worldwide audiences on Dream Racer TV.

What it is even more amazing, is that Eli Coory did Solo on Moto ‘himself’ — he shot every photo, every video, and editing his entire film himself, no sponsors, so support, simply 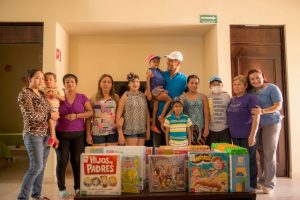 because he felt compelled to share his story and what he saw travelling the world. Needless to say that Solo on Moto film profit will head straight toward hospitals and charities supporting children with cancer. So don’t think twice about watching this movie online, you can rent it or even purchase Solo on Moto (better for the kids) — it is all toward supporting a good cause, and for something we all wish we never have to face ourselves.

Now to the movie…

Solo on Moto is a 72-minute documentary film following Eli’s journey travelling the world for five years and more than 90,000 Facebook followers followed his journey.

From being stranded is war torn countries in the Middle East to making his way into Europe, then Africa and onto Brasil and its famous Rio de Janeiro Carnival, Solo on Moto is packed with images that will make you want to travel the world.

This movie is very interesting, colorful, intense, mix of joyful and dramatic events across the world. You must watch it, you will never be the same! 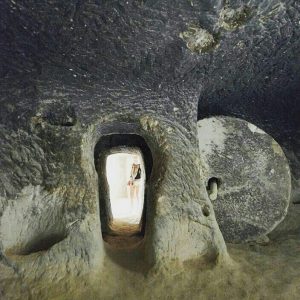 thousands years old and offers viewers with a crash course in history. One of them touches on the history of Cappadocia which began in prehistoric times during the Bronze Age and in about the 2nd Millennium BC.

Erosion shaped the incredible landscape of Turkey’s Göreme valley, but thousands of years ago humans took a cue from Mother Nature and began carving an incredible chamber and tunnel complex into the soft rock. Beginning in the fourth century A.D., an urbanized—but underground—cultural landscape was created here.

This is undoubtedly a masterpiece. Thanks to such people who are able to sacrifice themselves for the lives of others, and are not afraid of danger and risk. 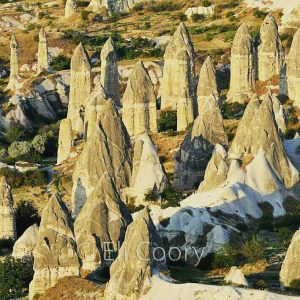 Ancient volcanic eruptions blanketed this region with thick ash, which solidified into a soft rock—called tuff—tens of meters thick. Wind and water went to work on this plateau, leaving only its harder elements behind to form a fairy tale landscape of cones, pillars, pinnacles, mushrooms, and chimneys, which stretch as far as 130 feet (40 meters) into the sky.

But human hands performed equally incredible works here. The rocky wonderland is honeycombed with a network of human-created caves; living quarters, places of worship, stables, and storehouses were all dug into the soft stone. In fact, tunnel complexes formed entire towns with as many as eight different stories hidden underground.

Watch these incredible underground cities in ‘Solo on Moto’, a documentary film whose proceeds support Children with Cancer, and make sure to spread Eli’s work by sharing this article.