Somewhere Else Tomorrow is the is the story of Daniel Rintz, a naive dreamer, fearing stagnation and worried about getting tangled up in a boring job out of university, attempts the greatest challenge he can think of: traveling around the world on a motorcycle – without money.

Instead of wasting precious time saving up for the trip, he decides to make money along the way picking up random jobs – an idea that makes his journey much more challenging and dangerous than he intended.

There was no support team, no film-crew, and no budget to buy his way out of tight situations. Out of the hardship he encounters trying to survive comes a story of true freedom and global understanding.

Watch Somewhere Else Tomorrow on Dream Racer TV
Travelling the world on a motorcycle is the dream of many, experiencing different cultures, different ways of life, and opening one’s mind that may have otherwise been shaped by the media and the film entertainment industry. Experiencing life and other cultures throughout the world on your own terms is the only way to create your own truth.

The second reason why we love Somewhere Else Tomorrow is the simple fact that Daniel decides to chase his dream without having the financial resources to do so. How often do we hear conversations or even ourselves say “I don’t have money to travel”, or “I wish I could ride a motorcycle around the world”, or even simply being afraid of launching into the unknown of another foreign country, where people speak a language we cannot understand, and into a world totally opposed from our own comfort zone.

The third reason if when we spoke to Daniel, he said two important sentences… the first one was “getting a job is not difficult as long as you adjust your own expectations as to how you feel about it, one day I was washing cars, another day I was cleaning dishes, the following week I was in an internet cafe designing websites for a client overseas” — there is a way as long as there is a will.

Then when asked if he was afraid traveling into some countries, he said “through almost 3 years of travel when filming Somewhere Else Tomorrow across 27 countries, I am yet to meet bad people.”

“Daniel’s film won Best Feature Film in Tokyo and it truly deserves to win even more awards. His story is nothing short of amazing and a great source of inspiration to anyone wanting to travel the world. We are proud to be able to show Somewhere Else Tomorrow to audiences worldwide via Dream Racer TV. And as Daniel shows, it is possible to do so even without money. This is definitely a must-watch film for anyone” says Christophe Barriere-Varju, founder of Dream Racer TV. 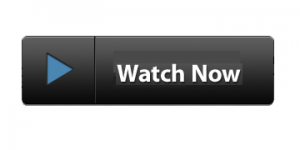 About Dream Racer TV
Dream Racer TV is a digital video service available to viewers worldwide that features inspirational and true-life documentaries with an audience already covering over 80 countries.

Dream Racer TV has a collection of award winning and inspiring film documentaries and is a fully encrypted DRM digital video on demand platform that offers ‘a content protected platform’ to film makers to host and commercialize their films. Dream Racer TV takes its name after 10x Award Winning Film, Dream Racer.