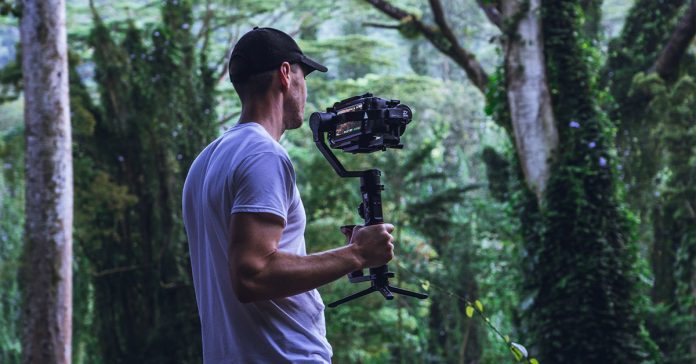 Documentaries reveal the truths of life and this world that we never knew existed. Some documentaries showcase the marvels of this planet while others encourage us to chase our dreams, stay strong, overcome fears, and face challenges. Some of them are even capable of changing your life for good and for the better.

Below is a list of 12 top documentaries that you must watch because they can inspire you in a way or another.

What’s it about: The most awarded motorcycle film of all time with 10 International Film Awards is an unscripted film featuring a motorcyclist who steps out to fulfill his dreams to race the 10,000km (6,200 miles) legendary Dakar Rally off-road race without sponsors or mechanical assistance.

How it could inspire you: The film motivates you to chase your dreams and turn them into reality. It shows you who you are and teaches who you can be. Dream Racer is surely going to touch your soul.

What’s it about: The story of a naïve dreamer who decides to travel around the world on a motorcycle while aiming to finance the trip by working along the way. Daniel Rintz experiences the local culture and beauty of the world while battling the road, bike, and fears.

How it could inspire you: The film offers an unusual view of the world and shows enduring human spirit. It motivates you to stay positive and face challenges to survive a tough situation and attain true freedom.

What’s it about: A documentary about the 2009 Tour De France, focusing on the Columbia-HTC team who aims to win the Tour. Where film covers many stories of the team, Cavendish- the main focus of the film, sets the record of winning nine stages.

How it could inspire you: Columbia-HTC team experiences pains, disappointments, and failures throughout the Tour but in the end, these legends win. It encourages you to keep moving and motivates you to work in a team because after going through all pains and failures, your hard work will reap results.

What’s it about: Based on the book “Touching the Void,” this documentary features the story of two young mountaineers who aim be the first climbers to reach Siula Grande in the Andes. They get separated while mountaineering and after meeting many tragic incidents, they finally succeed in climbing the Andes.

How it could inspire you: Climbing a mountain they knew very little about was an absolute challenge for mountaineers, but they didn’t give up. The film teaches you when you set off for a goal, there is no coming back. You may confront the panic of failure and may risk everything, but at the end of this raging storm, success is waiting for you.

Watch or Rent on Amazon

What’s it about: This award-winning documentary features the story of six Tibetan blind boys who are shunned by their parents and rejected by society due to social stigma. With the inspiration and teachings of their blind teacher, they climb the North of Mount Everest.

How it could inspire you: The dangerous journey by blind teenagers to climb 23,000-foot mountain shows that nothing is impossible if you are willing to accept challenges. Blindsight specifically encourages blind people, teaching them to stand up and overcome their fears.

What’s it about: This inspirational story documents the first successful ascent of Everest by two legendry mountain climbers, Tenzing Norway and Edmund Hillary. The film features dramatized recreations as well as original footage from the ninth British expedition of Everest.

How it could inspire you: Beyond the Edge is a worth watch for any mountaineer. It is the story of human tenacity, courage, and endurance during overwhelming and challenging situations.

Watch or Rent on Amazon

How it could inspire you: Also known as “the film that will make you turn vegan,” this documentary makes you wonder if you have been living under a rock. This thought-provoking film may not make you stop eating meat but will help you realize that you’ve been taught to live a life full of flaws. If nothing else, you’ll have some amazing life hacks to note down in your diary.

What’s it about: This informative documentary explores the benefits of a plant-based diet with the arguments that many conditions- such as heart diseases- can be prevented by changing the food we eat.

How it could inspire you: Roger Ebert claims that “this is a film that could save your life.” You may disagree with the assumption but this documentary is going to make you think twice before you buy processed foods next time.

What’s it about: A film featuring many emotions and documenting Frank’s journey of the transformation of body, mind, and spirit. Frank who was recovering from drugs and alcohol addiction, had hepatitis-C and was suffering from a lousy relationship with his ex-wife, turns vegans and changed his life.

How could it inspire you: It is an inspiring film for anyone who wants to go vegan and cut out on all toxic foods. After watching this film, you are sure to enjoy a healthier life- both physically and mentally.

What’s it about: Featuring a professional football player, this film tells the story of Luke Tyburski who fights clinical depression and finds strength through enduring many challenges. The Ultimate Triathlon is an insane 2000 km multisport course from Morocco to Monaco that Luke completes alone in 12 days.

How it could inspire you: This film shows you the limit of human potential- both mental and physical. The chances are after watching this film you’ll become a better person and a great leader.

What’s it about: This mesmerizing documentary showcases the beauty of heavenly places, wildlife, and people on this planet. It will take you to an enchanting roller coaster ride, walking you through the ancient ruins of Thailand, white sand beaches of New Zealand, underwater wonders of Borneo, canyons of Arizona, and more.

How could this inspire you: The magical odyssey not only walks you through the beautiful realms of this earth but also inspires you to travel and explore the beauty of this sacred planet.

What’s it about: As they say, “On a trip around the world, every day feel like Saturday.” This documentary reveals the world of long-term through stories of solo trekkers on four continents- Asia, Europe, South America, and Australia.

How it could inspire you: This documentary would leave you with a burning desire to pack up your gear and go on long-term backpacking around the world. It is also going to take a stroll down your memory lane.

These are just a few of many documentaries that could change your life- the list goes on. Which documentary are you going to watch? Don’t forget to share with us any other inspiring documentaries you believe should make this list in the comment section below.

RELATED ARTICLES:
Read this Before You Sell Your Movie to the Top Video on Demand Platform Providers
Documentary Film Marketing [How to]