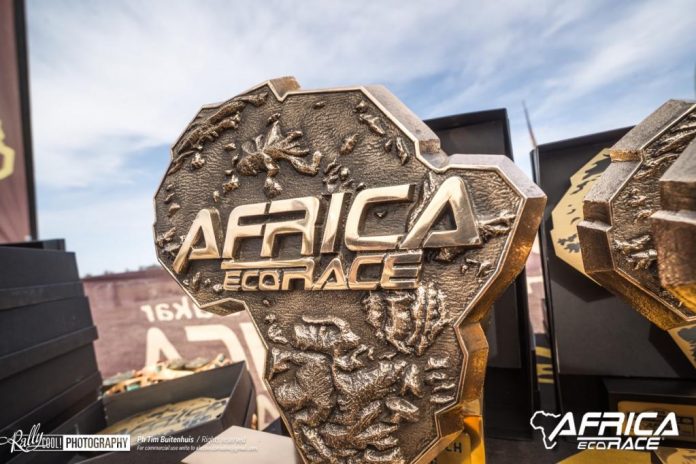 You will be racing or watching the original race authenticity with the Monaco – Dakar Rally with the incredible landscape and tracks Africa has to offer, and ending in the iconic Dakar location, the Lac Rose (Pink Lake) in Senegal. It is the same race as the original Paris-Dakar Rally, it just has a different name: the “Africa ECO Race.”

The men behind the Africa Race were originally Hubert Auriol and René Metge. Today René Metge and Jean-Louis Schlesser are the ones who are keeping the original African Paris-Dakar spirit alive with the Africa Race, which ends at the famous Lac Rose near Dakar, Senegal (West Africa) – the finish line and the location that have brought tears to so many.

If you are not familiar with René Metge and his Cross-Country Rally resumé, René was there from the early beginning with the man that invented the concept of Cross-Countries Rallyes across Africa, the insanely difficult Abidjan-Nice, brainchild of Jean-Claude Bertrand from the Ivory Coast.

René participated in the second Abidjan-Nice in 1977 with Range Rover — that same year Jean-Claude saved Thierry Sabine (you know the name) life after he got lost in the Tenere Desert, south of the Sahara. René finished 2nd in the Paris – Dakar Rally with Range Rover in 1978. In 1980 he finished 1st in the 26 tonnes marathon 6×4 category, won again in 1981 with Range Rover, 3rd in 1982, 2nd until 16km from Dakar due to a heartbreaking mechanical problem), 1st in 1984 with Porsche, 1st in 1986 with Porsche.

René Metge was then the organiser of the Paris-Alger-Dakar in 1987 & 1988, before participating again in the truck category in 1993, and back again with Patrick Tambay in 1995 where they finished 2nd in the T2 category and 13th overall. In 2000, René Metge was the team manager of the official Mercedes Paris-Dakar team. 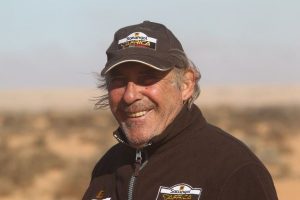 Today, the course of the Monaco-Dakar rallye is the brainchild of René Metge, along with his race pedigré, passion for Africa, he knows what it takes to design a beautiful course to benefit all the racers whilst still carry the origins of the early Abidjan-Nice and Paris-Dakar, common tent and helping one another — today you will be pressed to find someone more knowledgeable about cross-country racing. 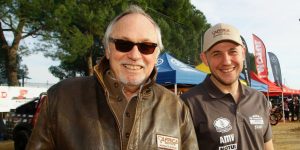 As part of the Africa Race organisation, René is joined by another legend of the original Paris-Dakar, noneless than Jean-Louis Schlesser.

Jean-Louis bagan racing in the early 1970s and sharing the 1978 French championship with Formula 1 legend, Alain Prost. In 1981 he attempted the LeMans 24 Hours for the first time and ended the race 2nd. 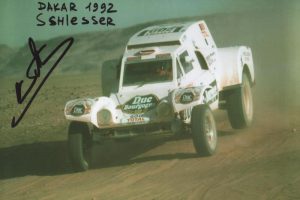 After a first outing in 1984, Schlesser began to compete regularly in the Paris-Dakar Rally in 1989. In 1992 he began to build his own dune buggies to compete in the Dakar and other desert marathons and European bajas.

His first buggy, the Porsche-powered Schlesser Original, debuted in 1992 in the Baja Portugal 1000, which Schlesser won outright, beating the works Citroën cars with a two-wheel drive vehicle and without a navigator by his side. 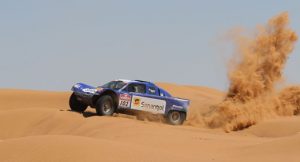 He went on to several 2WD class and overall wins the following years, before taking the overall victory in the 1999 and 2000 editions of the Dakar (respectively, Granada-Dakar and Paris-Dakar-Cairo). He also won the FIA Cross Country Rally World Cup from 1998 to 2002 and the 2 WD FIA Cross Country Rally World Cup several times. Schlesser won every edition of the Africa Eco Race from its establishment in 2009 to 2014.

These two men are the ones leading the Africa Race and continuing the legendary race under a different name, the Africa Race — giving today’s competitors the real taste of Africa and its magical landscape.

We thought it was important to go back a little in history for you to appreciate and fully understand the messages contained in the Monaco-Dakar Rally video organised by the Africa Race from the 5th – 19th January 2020.

For more information about the Africa Race, please visit the official website.